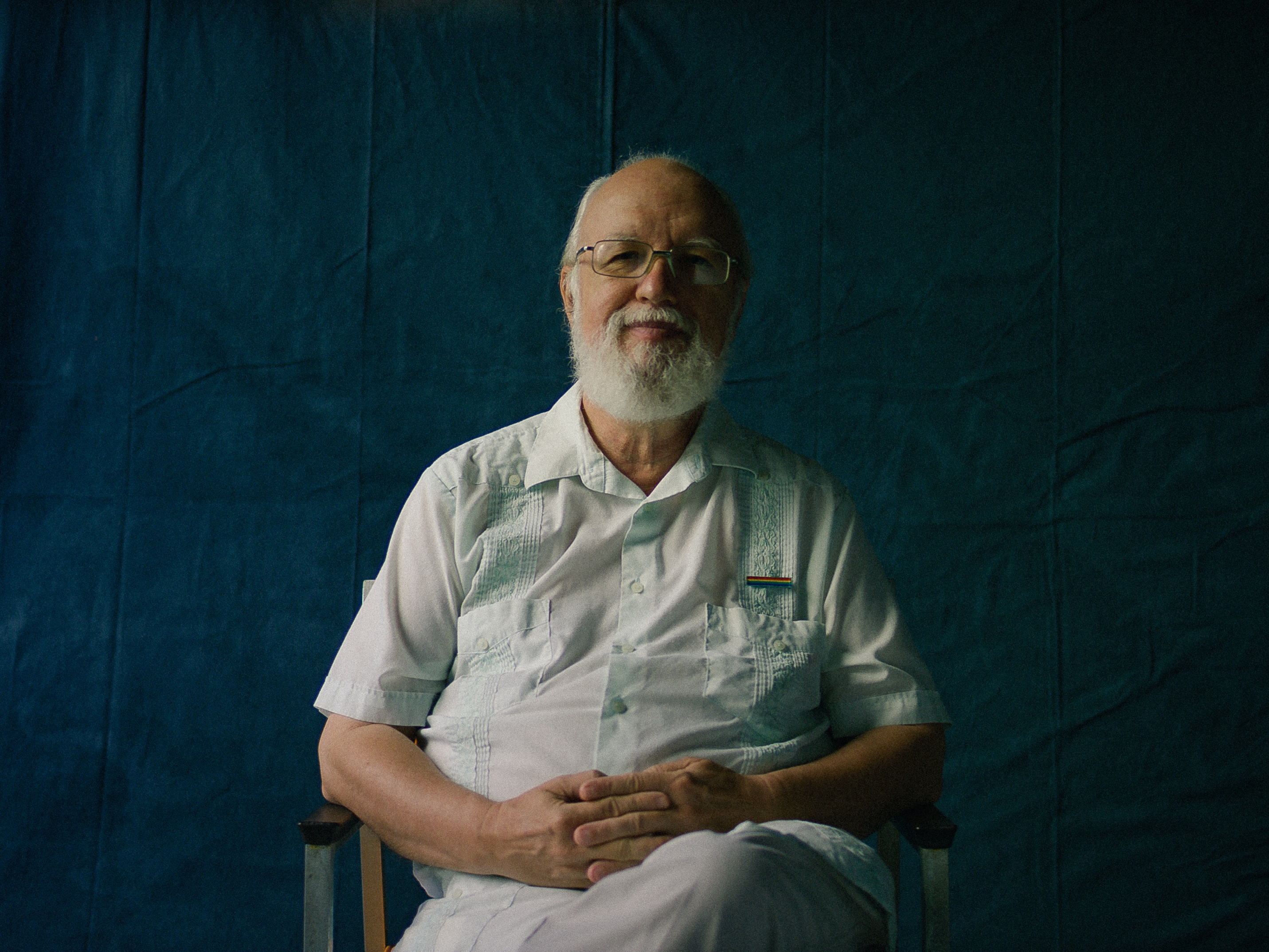 Tell Me a Memory - Q&A with Jon B. Crawford 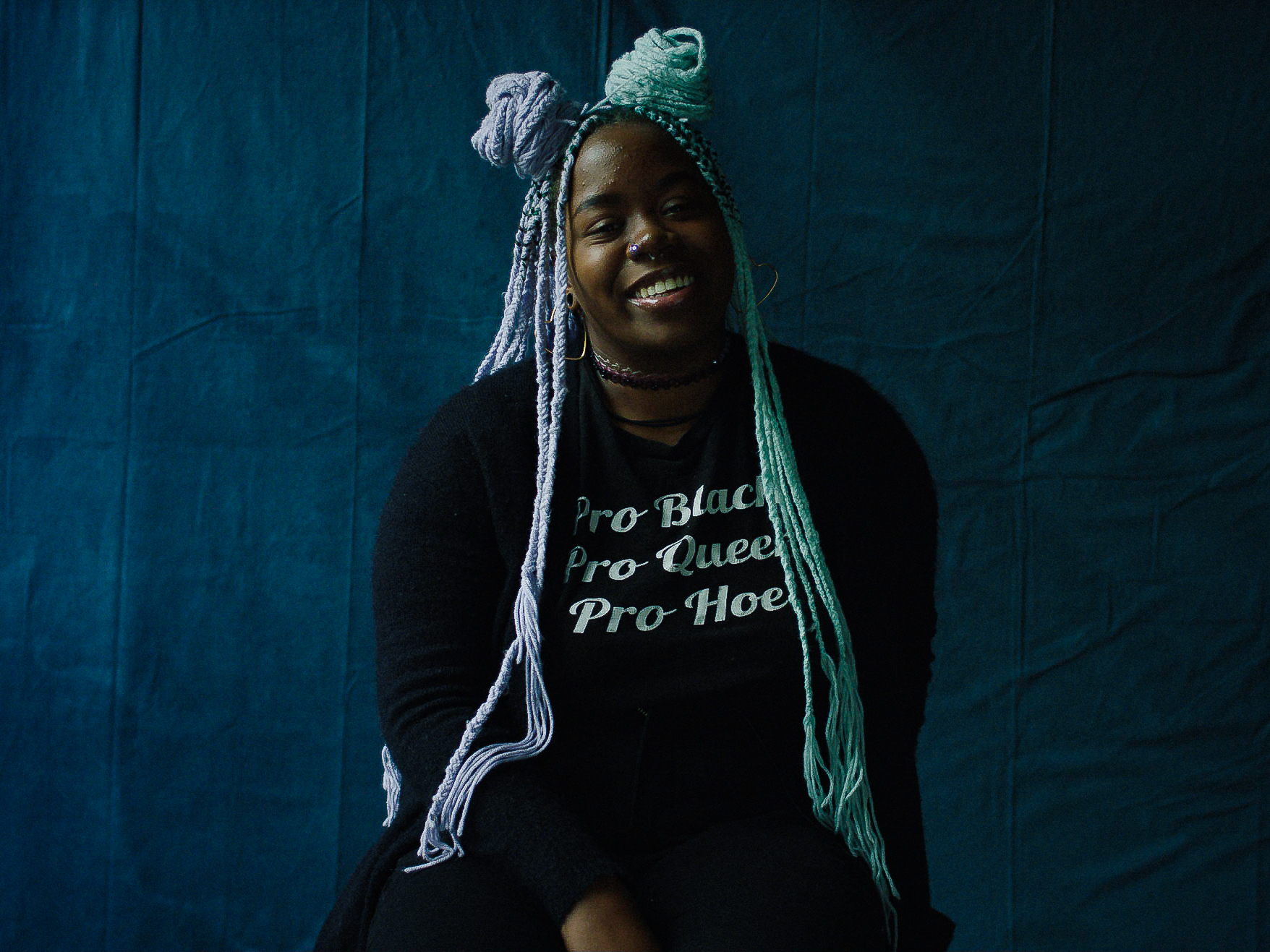 Crawford, a Guyanese American who grew up in the American South, graduated with a degree in English literature from Hendrix College and earned his MFA from UCLA School of Theater, Film, and Television.

Crawford spent some time as an NBC affiliate news cameraperson, had a brief career in the circus, and worked in advertising/branding. He’s also directed several notable short films. After a few years paying the bills as a freelance writer, an assistant to notable producers, and occasionally a directing job, Crawford decided to take on show-running for national public television. Recently, he has served as a producer with Google.

He has received a Stonewall Society Pride in the Arts Award and has been awarded residencies and fellowships at Film Independent, Crosstown Arts, Kopkind Colony, and the Smithsonian. He has also gone to Burning Man and now remarks, “It’s not the same as it used to be.”

Crosstown Arts registrar Jesse Butcher sat down with Crawford to discuss being queer in the South, his Tell Me a Memory project, and more.

Jesse: I just finished watching your recent films for Tell Me A Memory. The candid approach to storytelling is a great perspective for these stories from the LGBTQIAPK+ community of Memphis. The history of queerness commonly focuses on New York, Los Angeles, Chicago, and San Francisco. It is stimulating to see films focused on giving a voice to a smaller community. How did you conceive of this work?

Jon: I grew up in Arkansas. I didn't come out until I moved to the Bay Area. However, my first film followed two gay men [Jon and Bobby] who were activists in Conway, Arkansas. The impact they had in the community, not just through their activism, but through just living their authentic lives, has always been an inspiration to me. After coming out years later, I was asked what it was like growing up in Arkansas. Some of the largest, most liberal cities often overlook the folks who stayed back and lived authentic lives that inspired people in ways that they would never know, like Jon and Bobby did for me.

There are queer folk who never left for the comfort of the big city everywhere. When I was given the opportunity to come back to the South, particularly Memphis, I wanted to give a space for those people to tell their stories. This was my little effort to say thank you. Crosstown Arts was not only instrumental in giving me the space but also helped me connect with the community.

My creative collaborator Gabe Mayhan and I thought about the history of portrait photography in the South. We both have long been fans of Mike Disfarmer. We sought to emulate this style of photography, utilizing natural light, large format, and a mirror system that allowed the interviewer and interviewee to look at each other while looking at the lens. Initially, we thought this would be a hybrid film, using narrative scenes and these portraits, to tell one story. However, as we started to record these interviews, we realized the portraits should stand by themselves.

Additionally, I had made a narrative film called Tell Me A Memory while in graduate school. It was my first-year film. I fell in love with a man in my early twenties who was older than I. His family had a history of dementia and Alzheimer’s. We were closeted, and I worried what would happen to our love story if he lost his memory. No one knew about us, and I wanted some marker of it in the world. Even if it was found years later, it would be something. I made a short film about that fear, and when the short played at festivals, other gay men told me their memories. I wanted a place to keep some of these memories, little things that might be overlooked but are poetic and meaningful nonetheless.

When I had the opportunity to spend some time in Memphis, I wanted to try and capture stories from the community in a very undisrupted style, with us all just sharing, and put them in one place as a document for future generations.

Jesse: Having worked extensively in both narrative and documentary filmmaking, have you developed a preference to either? Or does the concept of the film drive your preference?

Jon: I'd like to say the concept drives it, but I don't know if it's that true. Documentary feels more immediate. I don't need as much money or as many crew members to start a documentary project. The funny thing is, I'd like to see myself as a narrative filmmaker, but the truth is, I feel more comfortable making nonfiction and think I am better at it than I am at fiction.

Documentary is something I started to do in my early twenties with a camera I bought at Wal-Mart. It was more about exploring something I wanted to learn than telling a story about something I know, which is the difference between narrative and nonfiction. I spent a lot of time and money trying to get comfortable as a writer-director of narrative film, but nonfiction was always around the corner, and it felt more welcoming and immediate. Nonfiction is about how to do justice to the stories people share with you, how to protect those truths and cut away the distraction to display something authentic. It’s more about asking questions and listening than trying to influence; it's more about curiosity. I feel like nonfiction allows me to get out of the way and stop pretending I know more about a character than the character does.

Jesse: "Protecting those truths" is the most riveting aspect of your work to me. I am captivated with the way you bequeath the narrative to the interviewee. How do you go about the process of meeting your subjects and obtaining such a level of comfort?

Jon: I really can't take any of the credit. They are just open and generous people who are willing to share their stories. Everyone I interviewed, I would love to hang out with. That's kind of the only qualification. They are just really amazing, confident, wonderful people.

Unlike other forms of filmmaking, portraits are really about getting my ego out of the way and trying my best to be a good listener. It's also setting up a space and precedent where the participant knows I want to be a good collaborator. I think a good collaborator gives people opportunities to think things through and is empathetic. I try to include them in the filmmaking process. For instance, I do not have them sign a release until after the interview. I want them to take a few days or even weeks to think over the interview and make sure they feel comfortable with it. In post, I send edits to the participants prior to sharing any cuts publicly, just to make sure they are still comfortable with everything in the piece. This is their story, and I want them to feel like they know what is in it. I want them to be happy with the piece more than anything else.

Jesse: I watched Tell Me A Memory alone on a laptop and really relished the experience as though I were being told these stories directly. It made me think of what my experience would be like if I were watching in a gallery screening room or at film festival. What are your thoughts on the presentation of your works? Does that change between each project?

Jon: We thought film festivals were going to be the main way to exhibit, but as the project has shifted from a hybrid docudrama to a series of portraits, we have also shifted how best to present them.

Primarily, they will live online in the hopes of becoming a type of archive. Ideally, we will continue to collect stories throughout the Delta and add them to the site. We are currently applying for some funds to move the site from a formatted template to a custom site with a nice design and some interactive abilities.

We are also hoping to have a screening or two in Memphis once COVID slows down, and we can safely return to shared spaces. We have been talking about showing all of the pieces together in one sitting, with breaks in between for conversation and activities. I also see a gallery-style show that includes more of the photographs and a more designed gallery experience.

Jon, thank you so much for letting us inside the mind behind the project. We look forward to seeing how this work progresses.